Christmas has always been a big thing for my family. As a little girl I had big family Christmas lunches, after a morning playing with gifts Father Christmas ‘magicked’  into our bedrooms gone midnight and then watching the Queen on TV at 3pm. Evenings of passing round the Twiglets and nuts, playing charades until we crashed into our beds way past our bed times, with happy hearts and full tummies. I was blessed with a cherished childhood.

As I grew up, I always promised to myself I would surround my own children with the love I was lavished. I’m not talking material items and gifts, I’m talking about my feelings of love and security and safety. It was like I was wrapped in a huge cotton wool blanket of adoration.  I couldn’t have been more loved as a little girl, which I why I guess I learnt the skills and ingrained ways of loving my own. At Christmas, in a family which was close and content, this was so evident and I have the fondest memories of happy times around our real Christmas tree, which was decorated red and gold from as early as I can remember.

When Harry arrived, I was able to start Christmas traditions with my own son. Watching him lay Father Christmas’s mince pie and sherry on a frosty front porch, followed by negotiating the creaky floor boards with his stocking so he wouldn’t wake. Christmas was my most favourite of times, even as a midwife when working over the festive period. Twinkly lights, cosy nights and family time.

Christmas changed for us in 2009. It was the year we had no tree. The year I ripped up Christmas cards. The year I couldn’t eat a Christmas dinner as I cried into my plate. The year we left the pantomime at the half time interval. The year my Christmas spirit was no where to be found, despite trying to sustain it for 5 year old Harry.

The twins had been born exactly one month before. Their early arrival on 26th November meant Christmas took a new hold. They shouldn’t have even been born until the following February.

We opened Harry’s stocking with him that morning. He had asked for a football and some Ben 10 figures. As he played with those, cared for by my mum and dad, Mike  and I visited Reuben in intensive care.

One of the most poignant memories I have of that day was walking in, nurses with token tinsel earrings, a frosty Christmas Day. Freezing outside but the tropical heat of ITU remained the same. The smell was the same, the alarms rang the same. Christmas Day yet Groundhog Day. Another day sitting cotside, hoping for news that may not be as horrific as the last month had brought.

A tiny little knitted stocking hung on the end of his incubator – Father Christmas visited all children in hospital – even if they only weigh 3lbs. A poignant sight, and I couldn’t help wish how things were different – how it should have been me filling that stocking for his first Christmas. His first Christmas should have been at home, with the family who adored him yet who had never yet met him.

There was a little Christmas card on the top of Reuben’s incubator, with his inked  two tiny footprints on the front. The first card Reuben ever gave me, which I cherished as I feared it may also be his last.

‘To Mummy and Daddy,

Kind nurses, who recognised the heartache of having a baby in NICU at the best of times, let alone on Christmas Day. A day where I had the pull of wanting to be in NICU but also wanting to be at home with Harry. The pull of needing my own mum and dad to make me feel safe and loved, like I did when I was 7, around the Christmas tree I historically decorated, was immense.

You see, something else was missing. Zach.

Zach was still in London, in intensive care where both twins had started their lives. He hadn’t been well enough following his first episode of meningitis to be transferred back to Hampshire. He was still only 2lbs. Reuben was bigger and a bit more stable, so he had been sent to Portsmouth from Hammersmith on 23rd December.

On Zach’s first Christmas Day, I didn’t see him at all.

We had Harry at home, Reuben in ITU in Portsmouth and Zach in ITU in London.  That christmas, I had three children in three different places and my head was in a completely different place altogether.

I remembered how Christmas was such a massive thing for me growing up, how it was and remained to be such an important time for family. On my baby boy’s first Christmas, Zach didn’t have his family. He had the nurses who were keeping him alive. I know he wasn’t aware I wasn’t there, as he was so tiny and still poorly, yet it cut to my core I couldn’t be there. I couldn’t be in three places at once.

That year Christmas took a turn in my life. Since 2009, I have spent the years rebuilding it. Everything I loved about it as a child had diminished.

As the twins grew, year by year, it became evident how their disabilities would shape their life. Christmas would not be the same, yet it just meant we started to approach it differently. As time passed, I came to realise that ‘difference’ was nothing to fear.

The twins have taught me so much in their lives so far, and at Christmas time this is no different. Their nativity plays at their special needs nurseries were full of more wonder and determination. Their eyes were wider at the Christmas lights of neighbouring houses. The joy my dad felt in them managing to swallow their first Christmas dinners that weren’t needing to be puréed was amazing. This year, at age 7, Zach wrote his first Christmas card.

As the years have passed, Christmas and it’s importance to me has been reignited. Christmas started to become more alive for me again, as the magic of it appeared back into our family, led back to me through the eyes and awe of my children.

Christmas Day will still bring the nursing stuff, the feeding and the hoisting, the equipment and the medicines. Yet, I now do Christmas in the same way my parents did for me. Disability has not been a barrier. There are still stockings, they just contain different sorts of toys. There are still snacks – they just aren’t twiglets. There are still games – we just adapt the rules.

Christmas Day will bring the love and family it always did. I’m older now, yet we will sit round the tree and be together just like my 7 year old self did. Only this year, I’ll have my own 7 year olds to wrap in that  adoration that I myself grew up in.

I think back to 2009 and how at that time  I thought it was the worst Christmas possible. Fast forward to now, as I live in the impending magic of Christmas, maybe I was wrong. Perhaps, in fact, 2009 gave me the best two Christmas presents I ever received. 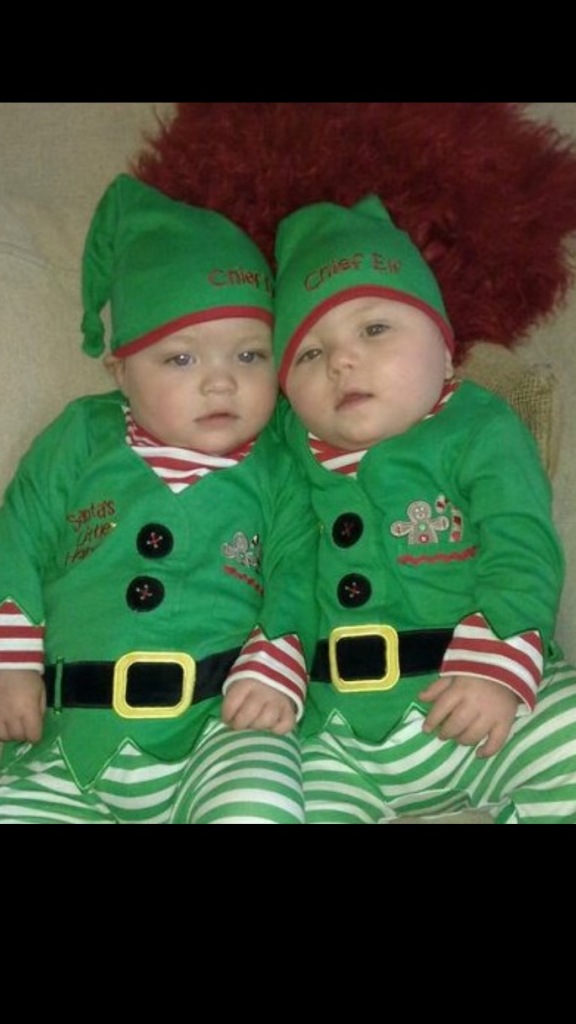